September 08, 2011
As I see blog posts for the development blogging audience survey popping up in my news feed, I had a moment of 'why am I even bothering with development?' on my mind. The reason was yet another article (in German) on how German development policy, driven by its minister Dirk Niebel, is embracing a militaristic mindset. I am aware of the 'securitisation of aid' debate, e.g. in the context of the UK, but this is not simply about policy, but about how organisational cultures and personal/professional mindsets are affected by the ideology at the top-level of policy-making.

The decision of the newly established giz to participate in an arms show in Berlin later this year (the 10th Congress on European Security and Defence) may seem like a small piece of news. The giz job advertisement for an 'Expert for Communication, Video Surveillance and Security System' for the Saudi-Arabian Ministry of the Interior may be questionable, but it fits into the broader picture on how policy-makers like Dirk Niebel engage with difficult human rights issues. I wrote about this before. But small things add up. The merger of the three German development implementing agencies was a first step and besides managerial issues around professionalisation and 'effectiveness' the German Development Service, a bit like a more development-focussed Peace Corps, disappeared became part of the new giz. And despite the on-going debates about the links between the military and development operations at the 'front lines' in Afghanistan, surprisingly little debates and resistance is happening in Germany, inside the institutions that are transformed by a more military-friendly thinking, to put in diplomatically.

From movement to de-politicised ritual space to securitisation-the silence of the German peace movement
It just so happens that I am a peace researcher in my spare time and parts of my doctoral research were about the transformation inside the development and peace community in Germany from a 'movement' in the 1970s to a ritualised indoor network of conferences, policy papers and non-action inside the organisations that administrate development policy. So on the one hand this transformation is not surprising and rather another chapter of the de-politication of development and peacebuilding spaces in Germany, but on the other hand I am still surprised by the lack of open resistance and civil society involvement. The ministry recently invited a selected group of NGOs to participate in a 'dialogue' on its strategy and the organisations were faced with a well-known dilemma of either legitimising policy by engaging in the 'dialogue' or being labelled as unprofessional if they do not participate. Plus in tough economic times the money from the ministry may actually help to silence critical voices. In short, old-school policy-making in the 21st century.

The political is personal
On top of it, the giz as the largest development agency in Germany is attracting young professionals and ranks highly in 'most popular employers' surveys.
I spoke to a friend a while ago and she confirmed my critical contemplations: 'I know that the giz is moving into this [closer to the military] direction, but there's nothing I can do about it. It took so much time and effort to get into the organisation and quitting wouldn't make any difference as they could hire a replacement immediately'.
Critical talent, some of them may even be blog readers ;), is absorbed into a powerful organisational and political space that works in an old-fashioned, top-down, masculine and militaristic way that could not care less about discussions, innovations and alternative approaches to peace, conflict and development.
How to influence policy remains the 'holy grail' of any researcher, activist and practitioner, especially if the policy-makers in charge just do not want to listen.

Oxfam's bombshell announcement this week to lay of 1450 staff is only the latest concrete development around bigger questions around the future of (I)NGOs & civil society which are reflected in quite a few postings this week. And from the Ukraine to Papua New Guinea (with stop-overs in Kenya, Nepal, India, Bangladesh, US + UK) there is plenty of food for thought from around the globe as well!
Enjoy!

My quotes of the week In the scramble to piece together the scope and scale of the clearance operations against the Rohingya, the numerous groups who came to Cox’s Bazar neither coordinated in any meaningful sense, nor benefitted from each other’s knowledge. Unsurprisingly, this has led to significant duplication on one hand, and large gaps in the narrative of what happened in northern Rakhine state on the other.
(Capturing a Crisis: What lessons can we learn from the “overdocumentation” of the Rohingya crisis?)
To achieve their stated goals of abolishing poverty, curbing …
Read more

Wow...this has turned into one of the longest #globaldev reviews in a while-so I hope you have some extra time to explore great food for thought from India, Liberia, Ethiopia, Nepal, New Zealand, Hawaii, Afghanistan, Lesotho, Burundi, Iraq, Sudan &  Tonga!
Enjoy!
My quotes of the week Elders are the collective wealth of our community. They are also majority women, and majority impoverished. Women of older generations were systematically denied the opportunity to build a nest egg because they were forced into low-paid work, homemaking and dependency on their husbands.
Older women cannot take care of themselves even if they wanted to. In a decade, one-third of Hawaii will be elderly people. There is no plan to care for them, other than to dump the work on their daughters. We need an eldercare infrastructure to care for every senior, not just the wealthy.
(This state says it has a ‘feminist economic recovery plan.’ Here’s what that looks like).

This is the task for jour…
Read more

Would you consider writing your reports backwards? 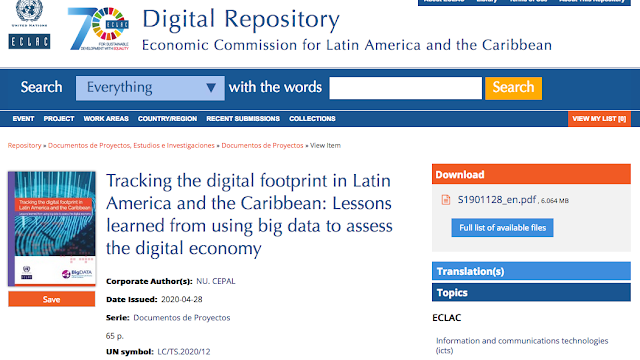 In the scope of the contemporary planetary crisis this post probably qualifies as less urgent and a little bit rant-y, but today I’d like to talk about reports, as in: Digital publications, usually pdf documents, that many large #globaldev organizations publish as a staple product for communication, engagement and reminding people that they still exist...

tl;dr
I read a lot of stuff on the Internet. I also skim-read a lot. I open a lot of pdf files, too.
Please re-consider your organizational practice to have a report starting between page 10 to 15.
Tell me as early as possible why I should engage with your report, why I should invest precious time to read it, perhaps even share it in my weekly #globaldev link review…
I have mentioned it more than once in my curated #globaldev links that most organizational landing pages/repositories/libraries particularly of international organizations have room for improvement. I don’t really want to shame a particular organization, but many look simi…
Read more