Showing posts from July, 2016
Show All

July 29, 2016
Hi all, Development news: Aid delivery & kidnapping-the complexities of the humanitarian system; Social accountability and the risk of another buzzword; the business sector will not ‘fix’ development; maternal death, Assam tea & contemporary India; Kenya challenges expat aid work(ers); UN in Congo got caught in local political webs through whistleblower; how to fix philanthropy. Ou r digital lives: How digital humanities have changed us, them & science; design thinking-another buzzword for development? Publication: New article on complexities of women’s engagement in scientific conferencing Academia: A harassment whistleblower on the job market; why more diverse students still benefit from the traditional college lecture. Enjoy! New from aidnography As the Rio 2016 Olympic Games kick off-12 suggestions for stereotypical global media stories As Rio is located in the Southern hemisphere this is an excellent opportunity to rely on some of the (stereo)typical reportin
Post a Comment
Read more

July 29, 2016
As the Olympic Games in Rio are about to kick off, global media will once again have an opportunity to combine fairly apolitical reporting with some of the usually stories that are supposed to bring the host city closer to their home audience. As Rio is located in the Southern hemisphere this is an excellent opportunity to rely on some of the (stereo)typical reporting approaches we already enjoyed during the FIFA World Cup in South Africa in 2010. For your convenience I tried to add some ‘ international development ’ spin, a mild dose of othering and at the same time avoid complex structural issues around inequality or, God forbid, political complexity and the capitalistic dynamics of global sports events. So here are 12 leads, headlines or stories that you will likely encounter in similar ways in global media outlets in the next few weeks : · A year ago (NAME) fled Syria, but know s/he is realizing her/his dream and compete in (sport) for (European) country · As the global
Post a Comment
Read more

July 22, 2016
Hi all, Even if it is finally summer in Sweden, there is no break for great readings! Enjoy a sunny weekend-and put critical readings on your devices before you head out :) ! Development news: A powerful commentary on the murder of Qandeel Baloch in Pakistan; turning do-gooder work into solidarity support; Zimbabwe summer? On social media and protest; refugee summit & global governance; ending report writing madness; a research agenda for data-intensive development; the struggle to stay in The Gambia. Our digital lives: Do facts matter in the ICT4D innovation community? Don’t make women in tech talk about being a woman in tech; academic social media. Academia: Are North-South academic collaborations recolonizing knowledge? European anthropologist struggle to acknowledge female contributions, dissecting the UK’s Higher Education White Paper.    Enjoy! New from aidnography In Congo’s Shadow (book review) When all is said and done we are looking at a terrible memoir. We are
Post a Comment
Read more 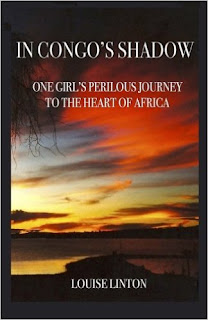 As some regular readers of the blog may know, I do review aid worker’s memoirs , broadly interpreted, as part of my ongoing research in this emerging field of writing popular narratives of development. So my interest in Louise Linton’s book In Congo ’ s Shadow-One Girl ’s Perilous Journey to the Heart of Africa was sparked the moment I came across the excerpt in the now infamous UK Telegraph article that sparked a much broader controversy under the #LintonLies hashtag. And while I contributed to the initial trending viral discussion my aim was always to review the book properly. But since then has been a much broader discussion far beyond her book and its shortcomings, I will also add some broader reflections on the affair towards the end of my post. Welcome to Africa a place of ‘local opportunists’, ‘primitive’ countries and ‘pigeon-like’ people who are ready for ‘snatching and stealing’ (and we are only on page 45). It is 1999 and 18-year old Louise Linton from Edinburgh embarks
Post a Comment
Read more

July 15, 2016
Hi all, Even if I may sound a bit repetitive, but this week once again features some most excellent food for weekend thoughts! Development news : More dignified fundraising images lead to fewer donations; ‘Empowering girls’ through ‘Western’ approaches won’t fix the world; great essay to wrap up #LintonLies-and a new, better memoir on orphanage tourism; automation may kill 90% of garment factory jobs; failing for sustainable palm oil; humanitarian algorithm woes; reflections on action research consultancy; ‘sometimes all you see are other humanitarians’-home and belonging in the aid industry. Our digital lives : Women moderators are no excuse for an #allmalepanel; celebrity power and science communication; viral gatekeepers; how to take care of yourself in the era of wellbeing ideology? Academia : Being an (action) researcher and activist for 4 decades; using big data in social science research. Enjoy! New from aidnography The academic obsession to write about #Brexit Writing about
Post a Comment
Read more

The academic obsession to write about #Brexit

July 13, 2016
Yes, I am acutely aware of the irony that a written blog post with this title entails, but the quality and quantity of responses from the academic community after the UK referendum have been quite astonishing. First there were the anthropologists, 28 of them : Twenty-eight anthropologists were asked to give their immediate – spontaneous, raw, unpolished – responses to Brexit, two days after the result came out. They all generated those responses (a total of 24 texts, as some were co-authored) in less than five days after the result. The full set of commentaries, which provide a remarkably comprehensive analysis of the Brexit phenomenon and its possible implications from an anthropological perspective This was followed swiftly by media scholars who supplied 80 contributions : Featuring 80 contributions from leading UK academics, this publication captures the immediate thoughts and early research insights on the 2016 Referendum on UK Membership of the European Union
Post a Comment
Read more 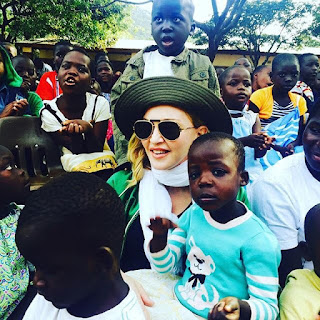 Hi all, A busy week with #LintonLies going viral is coming to an end...but other interesting things happened as well, for example Madonna visiting an orphanage in Malawi ;)... Development news: BBC on humanitarian broadcasting; the complexities of Nepalis working in Afghanistan; cash-transfers in humanitarian situations; more fundraising is the best capacity building; Some evidence why ‘Rationalia’ may not be our dream state. Our digital lives: Recent U.S. police killings and powerlessness of social media; add to your critical dictionary: ‘empathy-washing’; Twiplomacy also works offline; analyzing Instagram images    Publications: Development by Numbers & technology for evaluations in fragile states Academia: A reflective essay on a writer’s year on the road; theorizing academic identity in the digital age.    Enjoy! New from aidnography #LintonLies: How Zambians Are Using Social Media To Talk Back I spoke to Zambian writers about Louise Linton's book in my latest
Post a Comment
Read more
More posts