Showing posts from April, 2012
Show All

April 26, 2012
Hello all, Let's cut to the chase: My three top reads for this week include 'The Aid Bitchslap' (not, unlikely to be awarded 'gender-sensitive post of the year'...), a detailed critique of Foreign Policy's 'Sex' issue and, depending of whether you are more interested in development or academic stuff, a piece on how the Conservatives have changed foreign aid in Canada or the long and detailed story of how Sonoma State University in California came to represent a lot of the things that have gone wrong in US higher education finances. Enjoy! New on aidnography Only get an MBA if you are not interested in sustainable development My response to Charles Kenny's post in Foreign Policy Influencing policy, or: Why nobody in Germany will be reading this My comment on a recent study on how policy-makers, 'influentials' and the general public engage with development-related information Development NYC Department of Records announces on-line access to a
Post a Comment
Read more

April 23, 2012
My initial thought when reading Charles Kenny’s latest Foreign Policy article, ' Get an MBA, Save the World ', was that he was writing for a new ‘Development Onion’ and I was jealous because I hadn’t been invited to join. But then I had the strange feeling that he was at least half-serious that joining a large multinational corporation (with an MBA) could be your entry ticket into ‘development’, or, as he put it ' If you want to work in international development, go work for a big, bad multinational company'. There are two flawed assumptions that I want to highlight in my reply: First, I have no idea why Charles Kenny put ‘MBA’ in the title and second, I have serious doubts that the lifestyle that many multinational corporations promote will be beneficial for developing countries; quite the opposite, to put it bluntly: Once obesity, diabetes and other 'Western' illnesses have reached countries like India for example, companies like GlaxoSmithKline or Unil
3 comments
Read more

Influencing policy, or: Why nobody in Germany will be reading this

The Building Support for International Development study provides a roadmap for the development community for connecting more meaningfully with key constituencies in donor-country discussions about international development policy issues and priorities. The study, launched by InterMedia in 2011 with support from the Bill & Melinda Gates Foundation, included qualitative and quantitative research with three key target groups, interested citizens, influentials and government decision-makers My post focuses on the German case study of the project, mainly because I know the German context quite well and it's interesting to share some views on non-Anglo-Saxon development debates. Nobody reads blogs and uses social media Government decision-makers rely heavily on specialised and mostly formal sources to stay informed about international development. They use traditional media for current news and events, but generally not for information on international development. Government d
3 comments
Read more 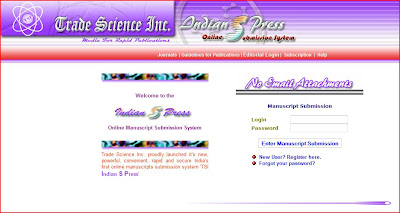 Hello all,  This was a good week for interesting and in many cases very 'down to earth' finds for my link section. I really enjoyed the photos and reflections from Uganda or the question whether and how UNCTAD is still relevant for economic debates. The Global South Development Magazine and the Peace Journalist magazine are great alternative readings-actually, the Peace Journalist magazine is probably my 'pick of week' for positive, forward-looking stories on peace and development. There's much more, of course, including a call for the next round of reflective practitioners who may want to join IDS for an exciting action-research oriented MA programme on participation, power and social change. Enjoy! New on aidnography Possibly the coolest fake academic journal I've seen so far Actually, this is another homepage of a new 'online journal' based in India...it's really gaining momentum as a new 'business model'... Beyond Kony: Rebuilding Li
Post a Comment
Read more

April 12, 2012
Hello all! Time to catch-up with some development and academic issues after the break! My two 'picks of the week' are WhyDev Brendan Rigby's archaeology of my professional identity in development , 52 reasons why you shouldn't date an aid worker and possibly one of the earliest academic rants on the status of academic writing from 1926 (!). Enjoy! New on aidnography The four stages of ‘hottie research envy’ – a response to the Thesiswhisperer Evelyn Tsitas wrote an interesting post about research envy just before Easter. She is reflecting on her experiences of research envy and it inspired me to reflect on my own PhD journey. My addition to the debate is that I believe ‘research envy’ changes over the course of your PhD and has different stages, four of which I will outline in my post Development Development as Shakespearean theater....and more South Sudan has wept enough, it is time to tell stories, sing songs, dance, recite poetry and shed tea
Post a Comment
Read more

April 10, 2012
Do you ever suffer topic envy? I did – I still do. From designers, writers, animators and dancers to computer geeks, nano particle engineers and bio-scientists: there’s an incredible spread of research here at RMIT. I am forever hearing about amazing PhDs and sometimes thinking “I wish I could do THAT one!”. Evelyn Tsitas wrote an interesting post about research envy just before Easter ( I’ll have what she’s having: hottie research envy ). She is reflecting on her experiences of research envy and it inspired me to reflect on my own PhD journey. My addition to the debate is that I believe ‘research envy’ changes over the course of your PhD and has different stages, four of which I will outline in my post below. My post is also a cautionary tale of finding the right balance between a ‘sexy’ research topic and disciplinary academic conventions that are still very powerful and should be taken into consideration if academia is a professional option for you. So here is my four-stage m
Post a Comment
Read more

April 04, 2012
Hello all, A day earlier than usual to give you time to read, bookmark and/or download interesting stuff for the long weekend, I am happy to share my weekly link digest today. Two impact studies on policy briefs and child sponsorship make the start, followed by a few interesting articles from the 'humanitarian industry'. But there's also space for anthropological insights from an afternoon at Starbucks in London and for reflections on the benefits and challenges of engaging with book reviews. If you celebrate Easter-have a peaceful and calm long weekend and for everybody else a hopefully sunny pre-spring weekend ahead! Development Should think tanks write policy briefs? What an RCT can tell us ‘I’d rather change policy than write a blog!’: When it came to what sort of follow up actions resulted from reading the brief, simple actions like passing it along, or telling someone about the findings were most likely. The least likely action cited by respondents was to write a bl
Post a Comment
Read more
More posts