Showing posts from November, 2018
Show All

Hi all, Happy weekend! Here's your reading list :) ! Development news: #AidToo, peacekeeping & African Union; Indonesia's palm oil environmental disaster; hipster colonialism from Germany; war hostel in Sarajevo; the image of charity ads; Westerners photographing poor children; Ghana develops Detroit; how to talk about a project gone wrong in Bangladesh; the limits of MSF work; do universities need to do better to engage with activists? Decolonizing the decolonization discourse! Publications: Education in MENA; cost of child marriage; humanitarian evidence. Academia: AI is doing your peer review! Enjoy! New from aidnography Outside the Asylum (book review) Outside the Asylum adds important nuances to the aid worker memoir genre and I can recommend it highly to medical students and professionals who are thinking about leaving their Northern ‘asylums’ and engage in humanitarian work. Jones’ writing, at times marked with her frustrations of the global aid industry and a
Post a Comment
Read more

Outside the Asylum (book review) 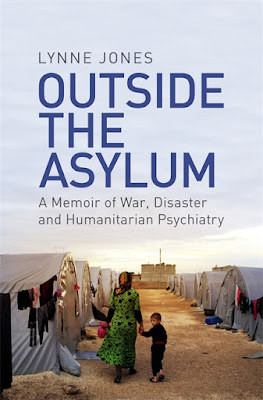 I am continuing my research and public service on sharing reviews on aid worker memoirs. Lynne Jones’ Outside the Asylum-A Memoir of War, Disaster and Humanitarian Psychiatry adds an important new aspect to the literature by focusing on an important, but often unnoticed aspect of humanitarian and post-conflict work. Jones’ work as a mental health professional bridges the gap between international aid work and an increased focus on mental health and psychological well-being. Her work is not focusing on expat or local aid workers, but on local patients and newly traumatized in places as diverse as Bosnia, Kosovo, Iraq, Indonesia, Haiti, Mozambique, Philippines, Somalia and Ethiopia. After leaving her work ‘inside the asylum’, the context of traditional psychiatric work in Britain of the late 1970s, her journey is driven by an imperative we often witness when medical or scientific knowledge is applied care- and respectfully to context outside traditional Western societies: My work was
Post a Comment
Read more

November 23, 2018
Hi all, After a busy first day of another great teaching seminar my link review goes live a bit later than usual. Why did the UNEP boss fly so much? Why do you people still volunteer in orphanages in Kenya? Why is the nonprofit sector not paying better? Why am I a big fan of Malaka Gharib & Lawrence Haddad? Why don't academics read the works they cite? Why are we not making better progress in decolonizing the academy? And more surprising insights... Enjoy! Development news Australian aid groups apologise after finding dozens of sexual misconduct cases The institute made it clear misconduct was underreported. Of the 119 organisations that belong to ACFID, 33 did not respond to requests for information. Of the 76 claims, 31 were substantiated, the institute found. Of those, 17 were cases of sexual harassment and 14 were abuse and other forms of misconduct. David Wroe for the Age on how #AidToo is unfolding in Australia. UN environment chief resigns after frequent fl
Post a Comment
Read more 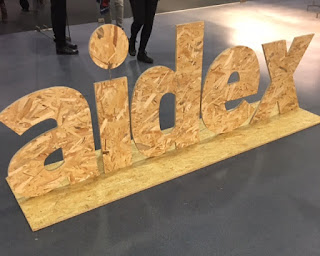 Hi all, I just returned from 2 great days at AidEx in Brussels-probably one of the best non-conference meeting experiences I had in a long time! While I'm still digesting my insights I also compiled link review no.301 after last week's anniversary celebrations :) ! Development news: Race & #globaldev; how (lack of) data kills in Yemen; orphanage tourism again; privatizing wars prolongs them; the price of superficial stability in Mali; Ebola clinical trial; how World Vision engages with media; uplifting, beautiful stories from Trinidad & Tobago, India & dementia care. Our digital lives: The (male) capitalism behind period tracking apps; the digital celebrity apolitical industrial complex behind "Girl, wash your face"; an anthropologist in Silicon Valley. Publications: An annual report you actually want to read; how a women's movement succeeds in Indonesia since 2001. Academia: Kenya's neoliberal academy; reflections on an anthropology virtual
Post a Comment
Read more
More posts