Showing posts from January, 2018
Show All

New from aidnography
The development blogging crisis
So is development blogging dead then – and is it about shorter attention spans, the rise of videos or podcasts - or perhaps something about men?
Development news
Senior UN figures under investigation over alleged sexual harassment
Three alleged victims said they had lost their jobs, or been threatened with termination of contract, after reporting sexual harassment or assault. Two cited concerns with investigations, and said there had been errors in transcripts, or that key witnesses had not been interviewed. Alleged perpetrators were allowed to remain in senior positions – with the power to influence proceedings – throughout investigations.
Rebecca Ratcliffe for the Guardian continues coverage of #aidtoo.

January 25, 2018
Initially I wanted to include these reflections in my annual blogging review post. In the end I decided against it partly because I felt a bit like a grumpy old man shaking his fist at the outgoing year.
But development blogging is definitely in a crisis and as it is a format I care deeply enough about to write academic articles on I will share some reflections on the nature of this crisis.

Chris Blattman announced in September 2017 that he would not blog anymore: few people read blogs anymore. Including me. I no longer feel the pressure to write often, because the person who comes directly to the page daily or weekly in search of something new is a dwindling breed. Most people reach blogs by twitter and facebook. This has taken the pressure off of me and, what can I say, I respond to incentives.
In December Nick Kristof said good-by to his blog hosted by the New York Times: I was apparently the first blogger for The New York Times, most recently using this “on the ground” space for my…
Post a comment
Read more 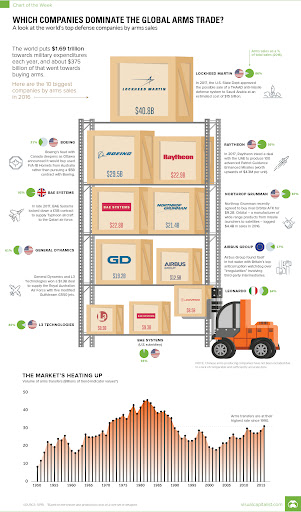 Welcome to this week's link review!

New from aidnography
Blaming the victim(s)? Is it the aid industry’s fault when places are labeled ‘holes’?
As imperfect as the offerings of the aid industry are, blaming them for a changing political climate where ‘holes’ become a topic for discussion seems unfair. Public and political perceptions are often rooted in long-term myths and short-term political discussion around…
Post a comment
Read more

Blaming the victim(s)? Is it the aid industry’s fault when places are labeled ‘holes’?

January 13, 2018
I was in the process of writing a short response to NPR’s Goats & Soda invitation to comment on How Are Poor Countries Portrayed By Aid Groups And The Media? when I realized that this questions deserves a separate blog post.
This is primarily because I disagree with the two tweets that started the discussion (and, yes, I am fully aware that they are ‘just’ tweets and were not indented as fully developed op-eds, research papers etc.).

Sheesh! it's been a busy week for #globaldev Twitter. We're asking @NPR's audience to share their thoughts on points made by @owenbarder@DinaPomeranz: Does the way that we talk about poor countries feed into the idea that they’re “hellholes” or worse? https://t.co/H8kBdsGm41 — Malaka Gharib (@MalakaGharib) January 12, 2018Owen Barder started the discussion:

This is a slightly shorter review this week, but it seems that many writers are still getting back to their desks after the holidays; this is also our examination week at our ComDev program, so my attention has been on reading students' works.
Having said that, there's still some interesting food for thought and reading for the weekend!

Our digital lives: 'Maids' and 'Madams' on facebook; new book on 'the beneficiary'; Oprah, the prophet of capitalism.

New from aidnography
My development blogging & communication review 2017
A classic blog post since 2011!

Welcome to the first link review of 2018!

We are reviewing some developments of 2017, add a few challenges that will be with us in the new year and sprinkle in some uplifting reflections, papers and stories to motivate us for another year of work, teaching and research on, with and around the aid industry!

New from aidnography
My development blogging & communication review 2017
Since 2011 I have shared an annual wrap-up of blogging
Aidnography.

Third World Quarterly & the case for colonialism debate
This debate has now arrived in the UK...

Development news
The 99 best things that happened in 2017
If you’re feeling despair about the fate of humanity in the 21st century, you might want to reconsider.
In 2017, it felt like the global media picked up all of the problems, and none of the solutions. To fix that, here are 99 of the best stories from this year that you probably missed.
Angus Hervey for Quartz with an interesting overview over many stories that are…
Post a comment
Read more
More posts