Showing posts from September, 2017
Show All

September 29, 2017
Hi all, Before I'm heading to Pretoria for a week to participate in the kick-off workshop of the new S wedish-South African University Network , I'm sharing my regular Friday link review. There may not be a new one next week due to travel-so don't read everything at once ;)! This week's theme is definitely 'humanitarianism'-from disaster capitalism in Puerto Rico to new forms of aid and anthropological reflections as well as research ethical challenges surrounding the concept of 'doing good'... But there are also insights into global education challenges, preventing conflicts, artificial intelligence and how students should challenge the neoliberal academy! Enjoy! New from aidnography Love, Africa (book review) At the end of the day, Gettleman’s memoir is not an exceptional piece of writing or insight and maybe other reviewers had expected more, because he is not ‘just’ a regular humanitarian aid worker or traveling journalist. He delivers an entert
Post a Comment
Read more 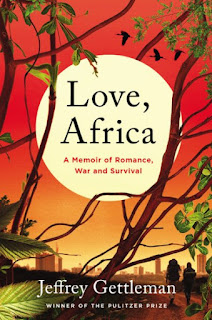 It is probably fair to say that I have read and reviewed quite a few, quite different aid worker and correspondent memoirs over the lifespan of Aidnography . I have met an American ‘warrior princess’ in Kenya , a strange journalist pursuing the LRA in Uganda – and Louise Linton . But there have also been interesting (self-) reflective aid worker memoirs , more artistic writing projects as well as historical memoirs at the end of long and distinguished international careers or biographies . I am certainly not claiming that ‘I have seen/read it all’, but I have kept an eye on the genre for a while now-as a researcher, teacher and global development enthusiast. So when the first critical reviews of Jeffrey Gettleman’s Love, Africa-A Memoir of Romance, War, and Survival appeared, I felt sufficiently prepared for yet another turn on the memoir rollercoaster. Actually, it is not a bad contribution to the genre, but also does not take existing narratives further. Gettleman’s book h
Post a Comment
Read more 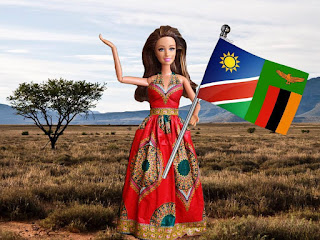 Hi all, The developments at Third World Quarterly were definitely the top story in my networks this week-a fascinating case study about changing academic publishing cultures, core values of development research & broader questions about 'whose voices count' in debating international development in public arenas. But there were many other interesting readings as well, of course: Development news: Barbie Savior travels to Nambia; UN leadership & gender parity; Sri Lanka's adoption baby trade; the limits of what free menstrual pads can solve; how bad is the new Tomb Raider movie? How the ICRC avoided a PR disaster with the gaming industry; C4D & digital thinking; no apps necessary: topping up phone credit for refugees; BRICS have not been able to challenge global governance; field experiments & re-visits; new books on Bangladesh's & China's development; thinks tanks & female leaders; who belongs in the new Lagos? A long-read about Nigeria&
Post a Comment
Read more

September 15, 2017
Hi all, Link review #250 should be an occasion to pause and reflect for a moment-just not this week which is far from over yet and it has been quite hectic So let me just say 'THANK YOU!' for producing awesome content, sharing great stuff-and being around virtually! I wrote What I learned from curating thousands of #globaldev articles almost exactly a year ago and it still remains valid.   Maybe a plain and simple review with a special section on Irma & #globaldev is the answer to the question of what's next or where to go from here... Enjoy! New from aidnography Welcome from #Tallinn ! I'll be tweeting about #DigitalisingDevelopment today; lots of #ict4d & some #globaldev stuff! pic.twitter.com/jmykSjs5za — Tobias Denskus (@aidnography) September 12, 2017 #Irma & #globaldev special section After Irma, let those who use our tax havens contribute to the repairs And would it be possible, he asked, for such future public inve
Post a Comment
Read more
More posts