December 09, 2015
It looks like 2015 will be the year when Academia_edu receives thorough scholarly attention and academic scrutiny. Guy Geltner’s post on why he left the network is an excellent overview over the debates and a workshop asking Why Are We Not Boycotting Academia.edu ? took place yesterday comes with a very nice Storify summary . The underlying topic is that science and scholarly publishing need to be ‘disrupted’ and become better, more open, free to access and proper public goods. The debates about data privacy and platform capitalism are important, but once again, I am concerned that the vision of open and free science and publishing could do with a more nuanced reality check. I still think that ‘ open ’ is easier said than done and that it has a risk to create new powerful players-just not the big corporate players that are criticized wildly and rightly. I use Academia_edu a lot, I find it very useful and with low opportunity cost and I am not keen on an alternative ‘Academia_eu’
1 comment
Read more

December 04, 2015
Hi all, A short break and long book review later, a new link review arrives for week-end reading pleasure! How can IATI & OGP initiatives move from window-dressing to accountability ask 2 separate pieces? More on aid worker well-being and welfare-one of the top issues of 2015; we are looking at Amnesty’s social media strategy and the broader framework of organizational ICT4D strategies; we get to know Shawn Humphrey in a great podcast; Digital Lives with a new study on people believing in ‘pseudo-profound bulls…’; racist algorithms and helpful maps; great new report on digital lives in Ghana, Kenya and Uganda. In Academia 2 essays on the academic writing as freedom and how to lift the university from its current ‘ruins’. Enjoy! New from aidnography A Mighty Purpose (book review) The portrait of the influential UNICEF executive director Jim Grant who headed the organization from 1980 until his death 1995 is a fascinating account of personal and political leadership, UN history, glo
Post a Comment
Read more 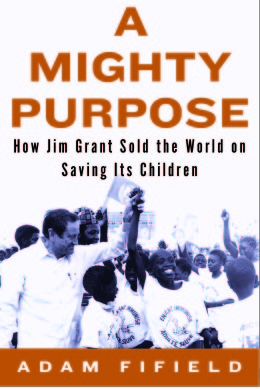 There is a book (and review) for every season and Adam Fifield’s ‘ A Mighty Purpose-How Jim Grant Sold the World on Saving Its Children ’ is a perfect match with American Thanksgiving and the end-of-the year season around the corner. The portrait of the influential UNICEF executive director who headed the organization from 1980 until his death 1995 is a fascinating account of personal and political leadership, UN history, global organizational culture and aid policy and practice during the commonly labeled ‘lost decade’ of development. As much as the book (rightly) focuses on the person and inspiring leader Jim Grant, from my academic perspective the book achieves something maybe even bigger: it holds up an intellectual mirror for reflections on our current world, how we can or should be working in ‘development’ and what professional organizations and cultures we (do not) need. The book also expands on a theme that I highlighted in other reviews related to the UN, namely the unique
Post a Comment
Read more 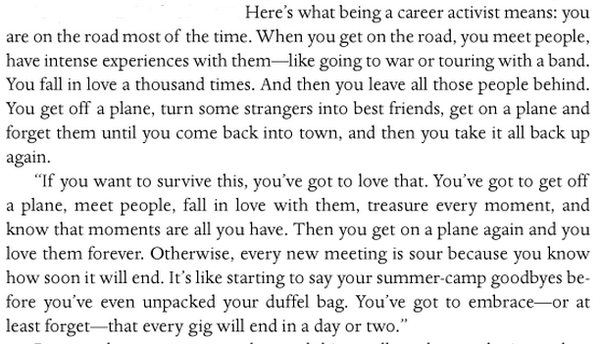 Hi all, A busy week on aidnography featuring two new posts on conferencing in the digital age and media representation of development in the context of CNN’s Hero of the Year event. In Development we have the best aid donors (according to a survey); citizen engagement; the surprising strength of child sponsorship models; how the ICC can communicate better; the militarization of business and communication; big NGOs moving to the South; teaching development economics in developing countries. Being on the road as a career activist; new publication on Latin American digital struggles; Oxford University Press shares insights from its open access monograph publishing trial. Enjoy! New from aidnography If you want more diverse conferences & panels, make technology part of your diversity strategy To make conferences and panels more interesting, meaningful and diverse, gathering everybody physically in the same room at the same time should become a strategy of the past. And since I ca
Post a Comment
Read more

November 19, 2015
To be honest, I am not expecting much from CNN these days – certainly not much in terms of critical journalism. But it is still a fixture in the mainstream news orbit, maybe even some kind of a ‘global’ media brand. So when CNN celebrates its ‘Hero of the Year’ award it is a good opportunity to have a closer look at how global and domestic affairs are represented in the line-up and what they say about the state of civil society, global engagement and the non-profit charitable industry.  In short, while many of the projects are commendable efforts that certainly have made an impact on vulnerable people’s lives, the award is a celebration of the American charity hero figure. It is a well-rehearsed display of how individuals can make small differences-without rocking the social boat or engaging with root causes or systemic problems. Firmly embedded in notions that outside ‘heroes’ will bring ‘change’ and ‘fix’ peoples’ lives the award is essentially a celebration of the North American no
3 comments
Read more 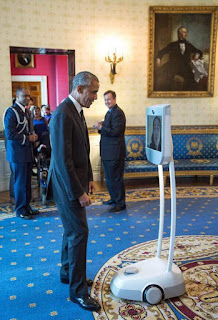 The current debate on lacking conference panel diversity has (rightly) focused on gender aspects, featuring #allmalepanels and #manels hashtags, a tumblr and a pledge ; Courtney Martin’s post on ‘ How to NOT Plan a Pale Male Event ’ is an interesting recent addition to the debate, but it was a very traditional, un-technological development research conference that I attended recently that inspired my post. Smaller-scale conference panels or discussions that do not take place at a fancy venue and in front of a TED-style audience are the bread-and-butter meeting scenarios for many academics. And one of the biggest obstacles to broad-ranging diversity is the fact that many such events are firmly embedded in a 1.0 world. Academic conference organizers, often some kind of association, more and more act like other ‘walled garden’ owners: Whether it is academic journal publishers or proprietary software companies, open access is usually not the first thing that comes to mind when associati
Post a Comment
Read more

November 12, 2015
Hi all, Let’s start with this week’s highlights for a change: We have a great piece on UNDP’s social media work, a great essay on how ‘Humans of New York’ commodifies storytelling and great reflections on how the anthropological flagship-blog ‘Savage Minds’ hasn’t changed the discipline (yet...); this week’s WTF goes to a report on ‘Spirit of America’ a private military company that looks like an NGO and creates ‘embedded venture capitalists’ in uniform… And there’s more: Lessons not learned from Ebola; merging aid organizations for efficiency; Australian aid colonialism; are there really ‘infrastructure gaps’? Graduates leave Africa & the Rusty Radiator Award is around the corner. New publications on the crisis of household surveys and R2P case studies and finally a call for data anthropologists; MOOCs as university transformation engines and the fading credibility of the academic journal impact factor. Enjoy! New from aidnography The answer to academic publishing challenges is
Post a Comment
Read more
More posts