November 22, 2019
Hi all, Friday, end of a packed week; the weather is really grey and miserable in Sweden today and I will head home soon to enjoy some hot chocolate + a good book :) ! My quotes of the week There are so many events on women’s rights going on, Abirafeh later told Quartz, that the feeling is they have just become avenues for a community to talk to each other. (The case against holding any more women’s rights conferences) Are we sure we are accounting properly for costs? What are the associated costs of locally sustaining such systems? How will we determine those costs if markets are only minimally functional in this space? And more importantly, the benefits have to be understood broadly, systematically, and comparatively. What is the value of improved speed in critical logistics? How do we make sure that improved health outcomes are both understood in these projects and adequately accounted for in our understanding of financial benefit? (WeRobotics, Pfizer Use Cargo Drones
Post a Comment
Read more 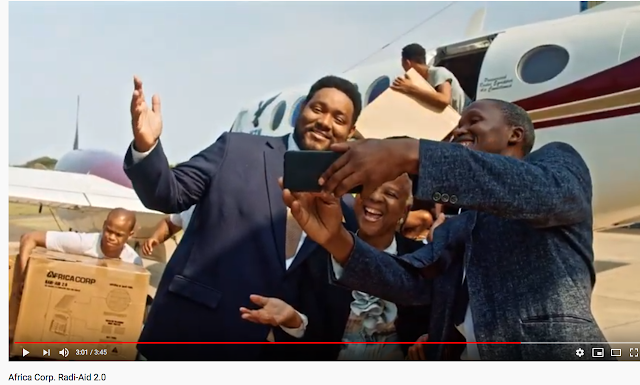 Hi all, I was at a great workshop last week, discussing communicating #globaldev research with EADI member organizations in Germany. So I took a short break from my link review and focused on discussing development communication IRL ;)! But without further delay, another packed blog with reviewing content for the 345th time :) !! My quotes of the week Donors tend to spend their funds on short-term, cosmetic interventions, which fail to address the systemic constraints that beset Africa’s media. Just as development organizations can overly focus on capacity building initiatives, donors channel the majority of their efforts into trainings and workshops, believing that African reporters need to hone their journalism skills. But this is often not the case. Most African journalists know what constitutes good reporting; they speak with multiple sources, support claims with primary sources, and provide critical analysis.  (The mistakes donors make when funding African media) Partne
Post a Comment
Read more

Hi all, I just returned from Batumi and Kotaisi in Georgia and in addition to meeting wonderful academic colleagues from Armenia, Moldova, Ukraine & Sweden again, I can wholeheartedly recommend Georgia as one of your next touristic destinations! It means fewer links, but at least a glimpse into what I caught on my digital #globaldev radar! My quotes of the week Money was invested in global surveillance and response systems, but little attention was given to standards of care and the effects of the outbreak on families, communities, and health workers. The Ebola outbreak response was securitised and politicised. A security-based approach emphasised deterrence, compliance, and punishment, principles contrary to public health. (The mistakes we made over Ebola) The British public remains firmly behind efforts to support people in poorer countries, with almost two-thirds of people canvassed in a survey of EU citizens believing that maintaining overseas aid at its current level should
Post a Comment
Read more
More posts