In solidarity with ‘development 1.0’

February 27, 2011
Living in a small city in Canada and recently having attended a retirement party for an NGO friend made me think about change, solidarity and the value of local history and stories.

Since I started blogging I sometimes feel under pressure to write about ‘current affairs’, i.e. ‘trending topics’, topics with Twitter hashtags or events taken on by the ‘blogosphere’. Not writing about revolutions, T-Shirts or aid transparency – as important as these topics are – seems to be a way of getting out of the loop. But attending a retirement party for a friend, let’s call him Peter, who has been working for more than 25 years in the regional office of a well-known international development NGO and generally living outside the spotlight of international development made me reflect upon some of these issues from the ‘periphery’. It also reminded me that my blog is supposed to be engaging with ethnographic challenges around development and peace issues.

I live in a city in Canada that hosts universities offering development courses, a range of small NGOs engaging with development work and a small core group of interesting and interested citizens who like to engage in global debates. Nothing ground-breaking, particularly innovative or unique here, but then again this can probably be said about many other places outside the spotlight of ivy-league universities and their professors plus students or global hubs for international organisations or ideas. One word I have come across quite often is ‘solidarity’. It sometimes sounds a bit outdated, a bit like reminding students about ‘dependency theory’ or those glorious days when the UN was a hotbed of innovative ideas around development, but most of the time here it sounds honest, meaningful, jargon-free and implies building and maintaining long-term relationships between ‘Northern’ and ‘Southern’ organisations or citizens. At Peter’s retirement party, friends and colleagues had put together a slide show and it showed Peter throughout the years participating in demonstrations and protests from everything from G8 protests to solidarity with Latin American farmers and protests against increasing university fees. Eclectic? Maybe. But there were all these big words and concepts around that Peter as part of an organisation tried to break down to the realities of the communities around him. Justice. Power. Fair trade. Equal pay. Democratic rights. And it never sounded or looked superficial and was done with honesty and conviction. I still have not figured out why it sounds so far away from many of today’s debates and whether or not this is a good thing. But what became very clear at his party was that he had an impact on his local community and the organisation. He was one of the key resource persons when fair trade coffee and other products where introduced to this part of Canada, but he also built relationships inside and across organisations. It is hard to tell whether this was ‘strategic’ or what the ‘impact’ has been, but when a colleague from the headoffice read out a few fare-well notes they were full of warmth and gratitude, including an activist from Nicaragua and a senior management colleague from Ottawa. The next generation – represented by students and volunteers – will have a very different experience, starting from job security (working for an organisation until you reach retirement seems like a very old-school concept...), and finishing with their desire to go abroad, explore developing countries and live and study in ‘cool’ places. The attachment to the city is not very strong and I wondered how relationships and solidarity can be built by a group of future development nomads.

Especially when it comes to document or at least listen to stories about the history of a place like my city in Canada, my friend Jane is good example. Similar age as Peter, also from a working class, not well-off family background (yes, inequality and even poverty exist in Canada, too...), she set out to be a teacher, specialised in adult literacy and education and became part of the ‘solidarity movement’ for Latin America in the 1980s. She is now in charge of a small NGO that organises exchange programmes and volunteering opportunities. Again, this may not be the key contribution to ‘eradicating poverty’, but it has forged many interesting alliances and relationships-especially with women’s organisations in Africa. A few months ago two women from Zimbabwe visited her organisation and there was a series of workshops, training sessions and presentations involved. At one dinner I attended I was excited to discuss some political and practical issues firsthand from ‘How’s Mugabe?’ to ‘Is Twitter useful for your organisation?’ (the answer was ‘not really’...). But when Jane shared stories about growing up in a rural mining town with many siblings there were moments where links and solidarity became palpable and ‘solidarity’ was a meaningful concept to describe it.
Finally, not long ago I attended a presentation at the medical school of the university and one of the professors introduced her long-term training programme of Rwandan doctors and nurses that she and her husband have been running for many years, supported by medical students and volunteers. Her husband produced an impressive short documentary about the experience that featured empowered, proud medical staff in rural hospitals and health centres trying to achieve the impossible.

These vignettes from my live in an ‘ordinary’ city in Canada are only the tip of the iceberg of what is going on in ‘development’ on the local level. Some of it will change as people like Peter and Jane retire and more ‘professional’ approaches will enter the space. Some of it will be lost, because of a changing funding climate and difficulties to run small organisations without full-time staff and with young volunteers who are preferring the global over the local. For me as a researcher and as someone who gets a bit cynical about the ‘aid industry’ from time to time I really feel that a lot will be lost when ‘development 1.0’ comes to an end. Long-term relationships, rootedness in a place that may not be ‘globalised’ and ‘hip’ (and has quite a few ‘development’ problems of its own) and a genuine desire to work for ‘solidarity’ do not seem that outdated or irrelevant on second thoughts. Capturing some of these stories, the spirit and relationships should be the task of development researchers and anthropologists. ‘Multi-sited research’ should not only take place in the policy arenas of global UN cities, high-level conferences or capital cities in the global North and South. Learning about development beyond the latest technical innovation or debate of the week is not just an interesting historical or ethnographic task, but a reminder for many discussions of why we are interested in ‘development’ and how diverse its manifestations on the ground really are. I am in solidarity with those who keep international issues alive and meaningful in places like my city in Canada - even when my main contribution is only writing a blog post about them...
reflective practice research 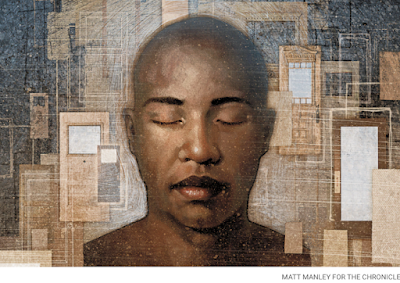 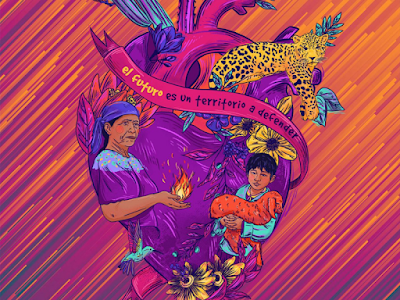