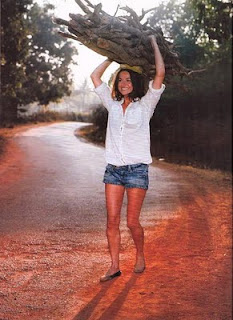 Hi all, I hope you are still holding up your good spirits! It's International Coffee Day today & things are looking not too bad-so l et's wrap up the week with a heartwarming story that involves snow & a dog before we move to the serious #globaldev stuff... This is Maggie. Playing in the snow was her favorite thing in the world, and she got to do it one final time thanks to @SLCOParksandRec . Their staff shaved extra ice, loaded it into bins, and gave it to her family, making Maggie’s last day very very special. 14/10 for all ❤️ pic.twitter.com/wdvR0PIsVa — WeRateDogs® (@dog_rates) September 30, 2021 My quotes of the week "What happened to you should never happen to anyone. It is inexcusable. It is my top priority to ensure that the perpetrators are not excused but are held to account," he said, promising further steps including "wholesale reform of our structures and culture". (WHO employees took part in Congo sex abuse during Ebola crisis, report s
Read more

Hi all, I am fortunate to have such a great & generous network! Giulio from NRC , Khalifa & Ragy from the Dignified Storytelling Alliance plus Val from Amnesty together with Dante from IFRC presented their work, shared reflections on digital humanitarian communication & discussed with our students on Thursday! Such a great day! It is also Friday so time for some food for reading-a lot on widening/broadening inequalities due to platform capitalism, but as always much more to explore... My quotes of the week The same economy of clicks determines the fates of refugees across the Middle East. Forced to adapt their sleeping patterns to meet the needs of firms on the other side of the planet and in different time zones, the largely Syrian population of Lebanon’s Shatila camp forgo their dreams to serve those of distant capitalists. (Refugees help power machine learning advances at Microsoft, Facebook, and Amazon) We call this “Peace from the hands and in the likeness of w
Read more

Hi all, It's really starting to feel like autumn as all of my favorite pet/animal/zoo social media accounts feature mammals munching on pumpkins...groundhogs, otters, red pandas, beavers, possums, porcupines...if it has reasonably sharp teeth they get sunk into the orange veggie :). That shouldn't distract us from the realities of another week in #globaldev which, incidentally, also includes exotic fruits, but also serious journalism from Libya, on the Gates foundation, UN feminism, TikTok vs Instagram in India & a manual on how to  ingrain power asymmetry in global health research...and fridge magnets! Enjoy! My quotes of the week arguing that the lack of secrets at the foundation somehow justifies its undemocratic power. And it’s built on a patently false premise: the idea the Gates Foundation is transparent. The foundation’s CEO, Mark Suzman, has stated that its commitment to diversity, equity, and inclusion depends on “transparency and accountability,” yet neither he no
Read more

Hi all, Do you remember when Ice Cube had a Good Day (yep, that was 1992...)? Well, it hasn't been exactly a good week for the multilateral #globaldev system...a questionable UN appointment, trouble with Covax & refugees, peacekeeper abuse, the fallout from the World Bank ranking scandal plus continued debates around diversity & inclusion...the aid system is in trouble and there are no pumpkin-spiced pics from pet Twitter to ease our collective pain... My quotes of the week “Covax really was flawed in the beginning. I think it was naively ambitious.” (How Covax failed on its promise to vaccinate the world) The uncertainties and inconsistencies that mar our decisions about whom to protect tell us something about the broader task of refugee law. What if we began from a different, more radical formulation of ethical responsibility? To acknowledge another life as the source of an ethical obligation is not, I think, to examine empirical descriptions in order to see whether it m
Read more