Forever Young: Kony 2012 and the quest for teenage belonging and community

I participated in a great panel on Friday, discussing Invisible Children (IC) and the Kony 2012 documentary and campaign with students at Dalhousie University.

I had a real Aha moment when a representative from the local IC chapter spoke about his involvement with the organisation, how they showed a rough cut of the documentary at an event his high school attended a few years ago and how he hosted the IC Roadies and a teenager from Uganda who spoke about his experience as a child soldier. ‘After the event, I knew that I wanted to be part of this movement’. Wow...the moment every social, political or religious campaigner dreams about.

Maybe the screenshots from Jay-Z and Mr. Hudson’s ‘Young Forever’ video (only 50.6 million views...) make more sense now. At least, from the first time I watched Kony 2012 the aesthetics reminded me of this and other Jay-Z music videos.
Prior to launching the documentary IC did all the important grassroots work-and lots of it. They toured around North America and similar to Greg Mortenson's 'Three Cups of Tea', instead of every book signing, every IC event strengthened their network. But unlike most organisations, they didn’t ask for money or sold a product; they sold an idea and the currency to pay for it has become increasingly more valuable-attention and your personal networks-your Twitter contacts and facebook friends. This is a key innovation in development-related campaigning-no matter how critical the subsequent discussions are.

This grassroots communication is not only cool and hip – it is also outside the realm of most parental or, more generally, adult control. I can imagine school yard conversations around many topics and some kid will probably join the conversation with a ‘My dad says...’ line-but how many dads talk about Uganda at the dinner table with their kids, explaining the complexities of development, governance and international politics?! 'We' own IC and the Kony campaign-unlike traditional fundraising and organisations-the IC representative and first year Development Studies student was very clear about that.

Supporting IC means that you can become part of our movement – the 'invisible children' of Birmingham/AL, Pittsburg/PA, Oklahoma City/OK or Noblesville/IN helping the 'invisible children' of Uganda (see Socialflow's brilliant visualisations KONY 2012: See How Invisible Networks Helped a Campaign Capture the World’s Attention).
A movement seemingly without adults, old-fashioned structures and with one goal that unites all of us: Get Kony!

In the end, IC, Kony and DIY aid are also first responses to the increasing divisiveness that has captured the social, political and cultural system particularly in the US and to the anxieties and uncertainties that many families and communities are experiencing.

When I grew up in the 1980s the ecological movement in Europe had just started to form; from protests against nuclear energy to reviving fish stocks in the Rhine a green movement materialised, growing bigger and entering the mainstream of politics. The textbook story in Germany is about Joschka Fischer, high school drop-out and street protester against the ‘establishment’ in Frankfurt in 1968 who became the first Green party foreign minister and Vice Chancellor in 1998.

In many ways, especially in the context of the US, I see the rise of DIY aid organisation and new forms of engagement as a mixed blessing: Even if the narrative is simplified, it’s not all bad if IC manages to mobilise teenagers-in their own communities and with their own technology. However, we as educators, teachers and academics need to engage-with the younger generation and those who have regular contact with them, but may know little about development.

We need to be able to better communicate the complexities of development, but, maybe even more importantly, to communicate the links between issues ‘over there’ and ‘here’. Poverty, injustice and ‘invisible children’ are not the monopoly of developing countries. They are happening in many communities across the world. Learning about these issues and engaging for a ‘good cause’ always needs to be embedded in self-reflection and reflexivity. The fantastic range of blog posts in reply to the documentary is a good indicator about the breadth and depth of knowledge, but a lot is kept inside the digital development echo chamber. Among many other things, DIY initiatives like IC are a reminder of the aspirations, wishes and values of the next generation who wants to make things better and differently than ‘we’ do. Attending a Beatles concert, blocking a nuclear waste convoy, voting for Obama, making Kony 2012 the viral success it has become-none of these events have ‘solved’ much if analysed in isolation. But they are indications of deep-routed change – and maybe this time it’ll be ‘us’ development people who can help to create a more sustainable future?

The story of Invisible Children and Kony 2012 is in some abstract, pop-cultural sense the story of a girl who wants to be Young Forever

Let's dance in style, let's dance for a while
Heaven can wait, we're only watchin the skies
Hopin for the best but expecting the worst
Are you gonna drop the bomb or not?
Let us die young, or let us live forever
We don't have the power but we never say never 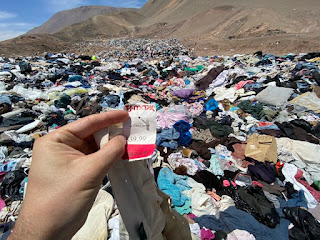 Hi all, Happy New Year! No fancy 2021 reviews or 2022 previews-just returning to interesting #globaldev readings as usual from Denmark, Ethiopia, Nepal, Bangladesh, Canada, Senegal + Clubhouse & a couple of new open access journal articles! Enjoy! My quotes of the week Reparations must be about creating economic and social equality between former colonizer and colonized. It must be about holding injustice to account through legal and political measures initiated by the victims. It cannot just be about paying off people for extreme injustices that the perpetrators still continue to this day. And even if it is about money, it cannot be in the form of aid agreements that employ antiquated and one-sided modalities that benefit the donor more.  (Aid as reparations is misplaced and harmful) We have to bear witness, remember and foster awareness of the consequences of erasing the futures of so many and put our resources and efforts into creative opportunities that not only make these cris
Read more 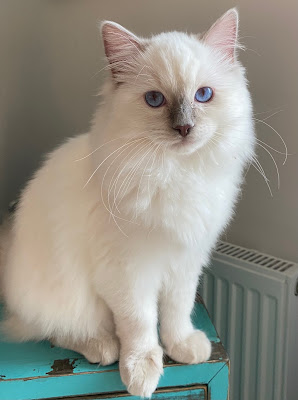 Hi all, This is the final link review for 2021 & Aidnography will be back in the second half of January 2022 (Twenty-Twenty-Too...). Many of us will have a holiday break & I hope it will be a restful & joyful time. This little guy below, Snoopy, has been one of the great gifts in our lives this year and so far he's turning every fiction of Simon's cat into reality :) Stay well, eat well, read well!   Move. Against. Fear. #bellhooks pic.twitter.com/VnJ379D95H — NIKKOLAS (@4NIKKOLAS) December 15, 2021 Development news How are global systems failing? Behind this year’s Emergency Watchlist The International Rescue Committee’s Watchlist is an annual report on the countries most at risk of deteriorating humanitarian crises. This year’s list, which is led by Afghanistan, Ethiopia and Yemen, indicates something more serious than things getting worse. Instead, it reveals what the IRC is calling a “system failure” sweeping institutions from individual governments to organ
Read more 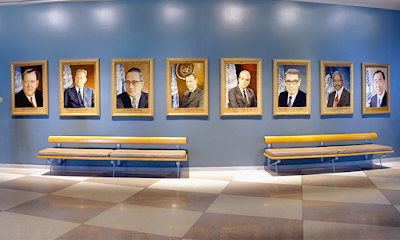 Hi all, The holidays are moving closer-which means that next week will be the last Friday link review of the year! Unfortunately, as we take a look this week at Syria, Afghanistan, Iraq, South Sudan, Bangladesh, Sri Lanka as well as at localization, research partnerships & UN issues, the news are mainly bleak...so perhaps read the post in more than one session & have time + space for recharging your positive #globaldev spirit! My quotes of the week I had to be the bank of information that colleagues could withdraw helpful data from at any given time. My job was to know everything, to be able to find out anything, to remain abreast of any relevant updates on the stories we were following and to have the contact details of everyone on all sides.  (Why I Stopped Writing About Syria) In a country that has seen widespread displacement and contention over land since the beginning of the civil war, deciding on who is ‘local’ means intervening in tough political issues – issues aid age
Read more