Communicating development in a post-factual world: How to win against the Daily Mail

August 30, 2016
This weekend the Daily Mail/Mail on Sunday was quite chuffed:

This makes conservative commentator Ian Birrell quite happy, of course, and he is quick to compliment Priti Patel, the UK’s Secretary of State for International Development, in the same article:

She is, after all, an uncompromising Right-winger known to harbour grave doubts about the wisdom of blowing so much money on aid.
Ms Patel seems determined to shake up her sanctimonious department, though her room for manoeuvre will be limited.
There is no doubt it makes sense to spend less on vainglorious aid projects and more on our own defence, given Middle East instability, jihadist atrocities and Russian provocations.
We must hope Ms Patel does not become seduced by flawed concepts of saving the world.


If you go through some of the contributions that are featured in the article and that have been part of the targeted campaign against development spending you get a glimpse of the Daily Mail’s post-factual filter bubble that loosely resembles ‘journalism’: 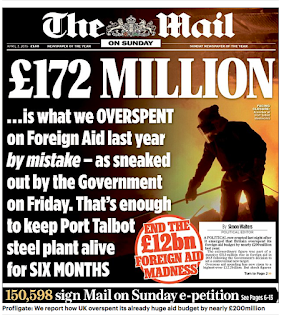 One of the stories earlier this year already caught my attention, when I commented on Kilian Kleinschmidt’s ‘tell all’ piece on everything that’s bad, wrong and corrupt in humanitarian aid in refugee camps
(A former ‘frustrated senior aid official’ talks-and the Daily Mail is happy to spin a story of waste and lying bureaucrats).
I concluded in April:


But the question is whether talking to an outlet like the Daily Mail and becoming part of their tabloid spin is worth the exposure of relevant criticism.
If you want a quite conversation about the limits of the humanitarian system, maybe entering the echo- and shouting-chamber of Mail Online is not the best avenue…


I understand that the development budget is as much part of the overall government budget as anything else – and it will be lobbied over, criticized or promoted just like any other part of the budget.
Usually, though, the minister does not lobby to abandon his or her ministry, but as a look at Germany’s recent history shows, then-minister Dirk Niebel quickly abandoned the idea of ‘getting rid’ of a dedicated ministry for economic cooperation and development. Instead, he focused on arms deals, surveillance technology and aiding ‘the war on terror’.

The fact that the military-industrial complex has a much bigger problem of over-spending, intransparency and lacking accountability conveniently escapes aid critics; so does the fact, that no matter how poorly some aid projects deliver (which is unacceptable, of course), nobody inside said military-industrial complex even blinks an eye at an GBP 172 million overspent-in fact, most contractors do not blink much of an eye over a GBP 12 billion budget in the first place (see for example a recent example from America: U.S. Army fudged its accounts by trillions of dollars, auditor finds).
But at the end of the day this is bigger than just another case of post-factual tabloid journalism spinning out of control and perspective.

What can we achieve with ‘our’ development communication and journalism?
Alistair Burnett wrote in his recent piece The Tyranny of the Seemingly Urgent: Why the Media Neglects International Development:


If editors don’t see coverage of such existential matters as in the public interest, there is a more mundane, but perhaps more familiar, reason for covering the issue.
That old hoary chestnut “the way taxpayers’ money is spent”.
There has been a lot of media scrutiny over the past year in the UK of the foreign aid budget, including from outlets which, shall we say, are not well-known for their international coverage.
So there is already an appetite for covering development aid.


I don’t necessarily disagree with Alistair, but he seems to refer to a factual time in journalism where it was to some extent possible to include more development journalism in mainstream media.
But in light of how conservative/right-of-the center media successfully campaign against development, we have to shift from a ‘maybe you just need to talk to Trump supporters and engage them with arguments and facts’ public discourse.
When the Guardian recently asked on their development pages What’s in your aid worker wardrobe? a friend posted the link with a short comment:


Not satire. Not journalism.


There is always some good stuff posted by the Guardian, but it seems more and more appealing to the ‘in-group’ of development enthusiast, rather than driving forward an agenda or broader discourse on aid work, aid workers and aid spending.

Can ‘we’ engage constructively with ‘them’?
Caught in my own filter bubble, I sometimes feel quite comfortable and reassured that ‘we’ all agree on the necessity and benefits of international development. Sure, it remains the proverbial ‘imperfect offering’, but in this day and age, nobody can deny the complex linkages between humanitarian and long term aid, economic development and a foreign policy that is not solely driven by iterations of an unwinnable ‘war on terror’. But in post-factual world we are clearly reminded that ‘we’ teachers, researchers, communicators or journalists need to do more and better. Winning against the ‘them’ of the Daily Mail seems almost impossible. Adopting their methods of omission, remixing facts and reinterpreting reality cannot be the answer. 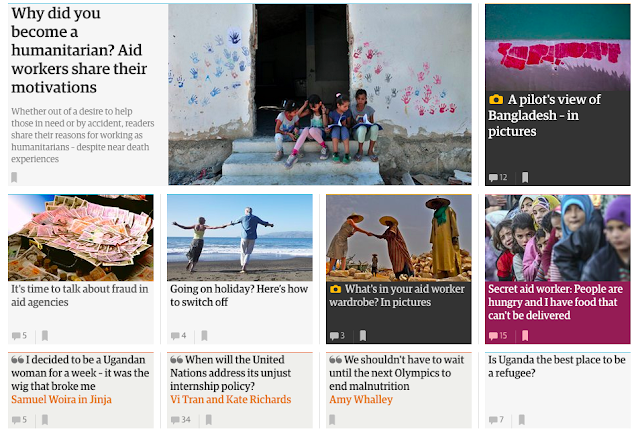 So how do we convey our message of global cooperation, solidarity and support better? How do we find better ways of putting the relatively small sums that are invested in foreign aid into perspective? And how do we stand up to an aid- and military-industrial complex ready to do more of ‘our’ work despite a long track record that ‘the private sector’ let alone ‘the military’ delivers stuff better, cheaper and more efficiently?

Hi all, It feels good to be back after a short break (actually, I managed to write two new posts since my last review); the decolonized, diversified & localized 'future of aid' has not happened in the meantime as this week's articles remind us...but we are working on it :) ! Enjoy! My quotes of the week When I look at the work of the UNDP I no longer see a project aimed at changing the world and ending underdevelopment. Instead, I now see a political project aimed at perpetuating an evolutionist, Eurocentric and liberal way of understanding the world, showing as natural and universal something that is rooted in British liberal thought of the apogee of the colonial period. (Looking at the UNDP with different eyes) Amid all these flaws in efforts to promote governance, the result is something like “governance theater”. Tellingly, “governance” is always someone else’s problem to solve, never the speaker’s responsibility. The elites in Paris, Washington, Niamey, Ouagadoug
Read more 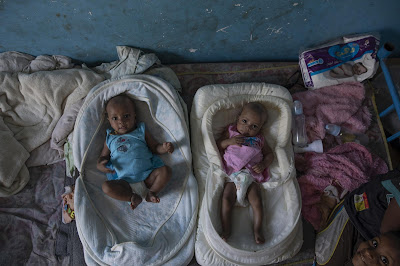 Hi all, This week contains a few deja vu moments about aid cuts (UK), conflict & the periphery (Sudan), revolutions & digital tools (Myanmar), child sponsorship (has impact, still not the stuff for 21st century #globaldev...) & even Louise Linton makes a re-appearance...plus lots of food for thought for debates on decolonization & more! Enjoy! My quotes of the week Amid the heartbreak, the sight of a tall, silent man carrying a grimy pink bassinet slung around his neck with tiny twin girls would still bring out the kindness of strangers, even from the ethnicity targeting them. ( 'Look after my babies': In Ethiopia, a Tigray family's quest) What I was unpacking in actuality, was the notion of decoloniality — an aspiration to restore, renew, elevate, rediscover, acknowledge and validate the multiplicity of lives, lived-experiences, culture and knowledge of indigenous people, people of colour, and colonised people as well as to decenter hetere/cis-norm
Read more 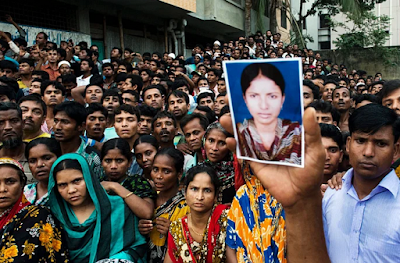 Hi all, From Argentina to Zimbabwe & from Bangladesh to the Philippines this week's review also covers stories from India, Myanmar, Germany, UK and the US. Stay safe & well and enjoy your reading! My quotes of the week The system has not collapsed. The “system” barely existed. The government – this one, as well as the Congress government that preceded it – deliberately dismantled what little medical infrastructure there was. This is what happens when a pandemic hits a country with an almost nonexistent public healthcare system. (...). The resources that remain in the public sector are systematically siphoned into the private sector by a nexus of corrupt administrators and medical practitioners, corrupt referrals and insurance rackets. (‘We are witnessing a crime against humanity’: Arundhati Roy on India’s Covid catastrophe) Most participants said they did not feel engaged in consultations and decision-making processes. Some said only Mahjis or volunteers are cons
Read more