September 14, 2011
As loyal readers of my humble blog know, reading accounts of transnational professionals about their experiences in the aid and reconstruction industry is one of my hobbies-even if this may sound a tad bit geeky ;).
Caroline Jaine's account of her time as a communications expert for the British Foreign Office in Basra, Iraq is a frank, unpretentious and un-cynical tale of how the mother of three survived in the militaristic bubble of Basra in 2006. This smart and inexpensive ebook (electronic publishing is another geeky hobby of mine...) is a great read-especially for those not yet war-, conflict- and development-hardened souls who want to get a better idea of what it feels like next time academic experts talk abstractly about the 'securitisation of aid'.

Here is what Caroline and Askance Publishing are promising the reader in 'A Better Basra. Struggling for Strategy and Sanity in Iraq':

In July 2006 British Diplomat Caroline Jaine volunteered to work in Iraq. As a 36-year-old mother of three, who had rarely been parted from her family, she knew she would face unique challenges. This is the story of Caroline’s struggles as a female civilian in a war zone. It highlights an extraordinary time during the occupation – those 100 days in Basra Palace were perhaps some of the most volatile and uncertain as the coalition fumbled with a plan for a better Basra and the beginnings of an exit strategy – but Caroline’s story is also a touching, personal account of these time and a thoroughly entertaining read.


I caught myself pressing the forward button on my ebook reader a bit too fast at some points during the first twenty or so pages. Caroline's introduction and her reflections on being an expatriate 'female misfit' during her first diplomatic assignments abroad (she did not enjoy the 'stitches and bitches' circles of the female diplomatic community (pp.21-22) read like too familiar a story and indicate that her intended audience is broader than the 'aid industry'. She does not come off as a smart expert, though, and her learning and preparations for the voluntary assignment to the Foreign Office's office inside the British military compound is interesting for a non-expert audience of students or 'members of the public' with a general interest in conflict zones.
But the main chapters about her experience of living in the compound in Basra for three months are entertaining and critical-but at the same time are a testimonial of the absurdness of doing development, reconstruction or foreign policy work in a war zone. Driven by the political narrative that the war in Iraq was won and the transition to democracy on its way, Caroline tells vivid stories about the futility of her endeavours and the mental cost they have on everybody involved. 'Everybody looked the same' (p.29) does not just refer to outer appearances of soldiers, DFID staff or external consultants, but also to the power of military routines, mindsets and procedures. It shows how civilians have barely a choice other than adapting to the military 'theatre', a term that is officially used and adds an interesting performative twist to the dangerous reality, if they want to stay relatively save.

Another topic seems to be more obvious, but Caroline's stories are not just about being one of the very few females in the compound or how femininity (humanity?) is lost when the military thinking takes over. Throughout the book she refers to incidents where the camp life puts tension on gender relations (and every other form of relationship for that matter) and it reads a bit like 'Emergency Sex' minus the sex and the really wild parties.
What is equally depressing and interesting to read are her attempts to work and think strategically about communications and engaging with the Iraqi public via local journalists. Under constant attacks at some point and sleep deprived it becomes impossible to imagine how creative, flexible, forward-thinking, sustainable solutions could work. Inside the foreign policy and military machinery it appears like a task similar to setting up a Silicon Valley in the Soviet Union of the 1970s.

Caroline resists the temptation to turn her story into a critical analysis of (British) foreign policy in Iraq. She is critical about the implementation of policy, but this does not turn into ranting about the war or the politicians behind it. It is up to the readers to come to their own conclusions whether or not it was 'worth it'. Instead, Caroline shares her personal insights and strategies to cope with the stress: E-Mails to her friends at home in England, Tai Chi in the early morning (which could almost be a post for 'Stuff Expat Aidworkers Like') and seeking 'spiritual clarity' (p.90) for herself, e.g. through artistic outlets such as painting portraits of correspondents in conflict.

I thoroughly enjoyed reading 'A Better Basra' and besides the content I hope that more aidworkers follow Caroline Jaine's example and publish their stories and reflections as inexpensive and globally accessible ebooks.

Full disclosure: I met Caroline through a common friend in London a few years ago and have followed her artistic endeavours virtually ever since. Other than that, I am still not powerful enough of a blogger that people or publishers offer me bribes ;)! 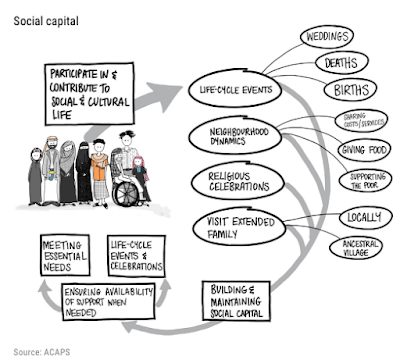 Hi all, This week's debate about MSF's use of images in their communication is a important reminder that the industry has barely started to engage with the past, present & future of visual communication-but also that blanked accusations that humanitarian organizations just do it for the fundraising brushes over so many nuances & important work on the ground. Compassion, humanitarian instinct, upstream vs downstream #globaldev, white supremacy & social capital are some of the other big words that we are tackling in this week's post from Romania to Yemen. As I already mentioned in Tuesday's newsletter , it's thesis examination time so there won't be a newsletter next Friday as we are celebrating our students in real life with a Syrian dinner in Malmö! My quotes of the week This research serves as a reminder that Yemenis are interested in more than just the satisfaction of their essential needs (such as water, food, and shelter). It highlights the diver
Read more 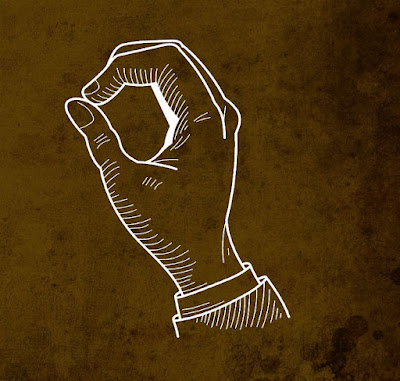 Hi all, Yesterday and today about 50 of our students in 11 groups presented the results of their 8 week-long #globaldev blogging projects so I'm still a bit dizzy from all the great content that they shared and we discussed. I still managed to compile my own weekly post, and even though I usually avoid content with explicit trigger warnings, the story about child marriage from Afghanistan is an incredibly difficult, heart-breaking read. Stories from Nigeria, Ireland, Egypt & Syria are also not very encouraging about the state of the world; MSF Sweden steps up with an interesting story of how they communicate looming famines & both Human Rights Watch & Nature tackle the issue of racism. I'm not losing hope, seeing how passionately students communicate #globaldev issues & thinking about the prospects of how this will influence their work, actions & dedication to a better future. I will be in Berlin next week for board meetings with great organizations so the
Read more