Resiliency, Risk, and a Good Compass: Are Joi Ito’s ‘Tools for the Coming Chaos’ relevant for development?

I recently came across an interview in Wired magazine from mid-2012 with MIT Media Lab ‘guru’ Joi Ito on Resiliency, Risk, and a Good Compass: Tools for the Coming Chaos.
He concluded the interview with his ‘9 or so’ principles to ‘survive in this chaotic, unpredictable system where planning is almost impossible’ (which sounds a lot like some of the current day complex or ‘wicked’ development scenarios that are discussed):

I looked at these principles (the emphasis is mine) for quite a while with a growing sense of bewilderment: Why does the organizational, discursive, programmatic, practical landscape of international development almost look like the exact opposite of his principles in 2013 and has so for many years, potentially even decades? And what does that say about the future of development?

First of all, the principles are a reminder that any cutting-edge, this-is-how-the-future-will-look like predictions always need to be taken with a few pinches of salt, because aid is not the only industry that doesn’t really work according to them.
But more importantly, it is also a reminder for those inside the development industry to be more realistic about the locus and speed of ‘change’, especially when digital innovation and organizational cultures of large entities are involved. The idea that the UN Security Council will be abandoned, bilateral agencies will stop providing aid and China and India will take over the development landscape, because traditional actors didn’t see the ‘chaos’ coming sounds not realistic - despite predictions of fundamental changes.
It’s hard to imagine that it’s now almost 25 years ago that the communist bloc pretty much imploded and ‘the end of history’ was announced. But many, maybe even most, of the predictions about freedom, democracy, peace and prosperity haven’t been fulfilled yet.

Was there ‘chaos’ in the past ten years?
Timothy Ogden asks very related questions in his latest piece for the Stanford Social Innovation Review: Ten Years On: Are Donors Different? Were They Ever?

[The authors] found common beliefs: there wasn’t much difference between nonprofits, any giving was good, and performance measures were a waste of time and money. Most importantly, they found that the donors picked nonprofits based on personal relationships, not performance. Same as it ever was. That’s the other side of the double-myth of the “donors care about impact” meme: that claims to care about impact are new or a distinguishing feature of the present. A decade after the original article, you still can’t read about philanthropy without encountering the claim that today’s donors are different. You can also find the same claim in stories about philanthropy from 1994—years earlier. The truth is that donors have always claimed to care about impact. If you care to look, you can easily find examples of donors making this claim in every era of American philanthropy.

So what is the ‘answer’ to new prophecies and familiar stories of stagnation, change and disrupture? First, keep calm, carry on and don’t listen too much to ‘Internet gurus’. And second, good, somewhat traditional research that empirically engages with some of the hypotheses (as the research that Ogden is highlighting does), still matters.


Ito’s principles and the realities of social media and development policy-making
This is also part of my Internet and social media-based research interest when it comes to assessing the impact of new technologies on traditional development discourses. In a forthcoming article in Third World Quarterly (ungated pre-print soon!) Daniel Esser and I analyzed social media and the rituals of international summits and global development policy-making (in the context of the MDGs). Very short summary: Blogs and Twitter and global virtual civil society have little to no impact when experts whose views are compliant with the mainstream discourses around the MDGs present their maps for a ‘post-MDG’ future, focusing on safe results and desirable objects and numbers. Almost needless to say that most of these experts have high levels of formal education and are  centrally stockpiling knowledge in the environment of a global summit in New York and the affiliated structures of UN agencies, Think Tanks or university institutes etc.

In the end, despite my lack of enthusiasm for belligerent comparisons, I found Stowe Boyd’s addition in his comment on the Ito principles quite useful for the development and research domain:


One thing missing is the principle related to resilience: ‘go slow to go fast’. This means you need to step out of the flow of today’s operational frenzy to take new actions. In martial arts, this means you must relax your muscles and nerves to respond or attack quickly. 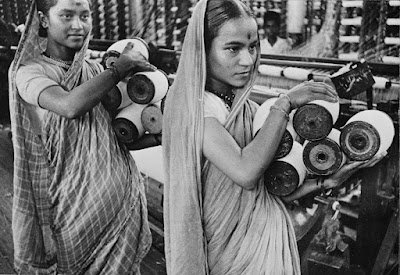 Hi all, This week's review features insights from Uganda, Madagascar, North Africa, Afghanistan, Mexico, India, Brazil, Australia, UK, the UN system & the World Bank! So enjoy your critical #globaldev readings! My quotes of the week Hunger is everywhere in southern Madagascar. Those who have livestock or land will sell it to buy food but they are taken advantage of because they are so desperate. Then there are others who have nothing. They eat cactus leaves mixed with ashes, just to not be hungry, to get rid of that empty feeling.  ( Madagascar is drying out – there’s no harvest, only hunger) It’s also important to take into account that the line that divides government and organized crime is often nonexistent. This needs to inform the discussion about whether it’s wise to create a centralized database of all people in Mexico with biometrics, where that information can be weaponized against its citizens. Because, obviously, the Mexican institutions are infiltrated by organized
Read more 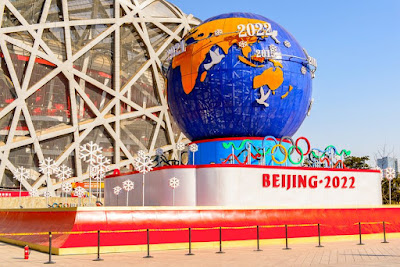 Hi all, Happy Friday, weekend & reading! From India's farmers to Beijing Olympics, unequal partnerships between 'North' & 'South' and Singapore's surveillance state we have another week of looking at an unequal planet, trying not to lose hope... My quotes of the week Chinese aid increases GDP growth, household consumption, and employment in recipient countries. So, contrary to conventional wisdom, the benefits of Chinese foreign aid spill over to ordinary citizens. (The Case for Chinese Foreign Aid) Despite these positive signs, some local activists and practitioners are worried. They argue that this is all smoke and mirrors; that we have seen all of this before and it came to nothing. Others are concerned that the definition of ‘local’ will be distorted to encompass international organisations registered in-country in order to maintain the status quo. (Dear USAID; let’s make sure that "local" really means "local") Development news I
Read more 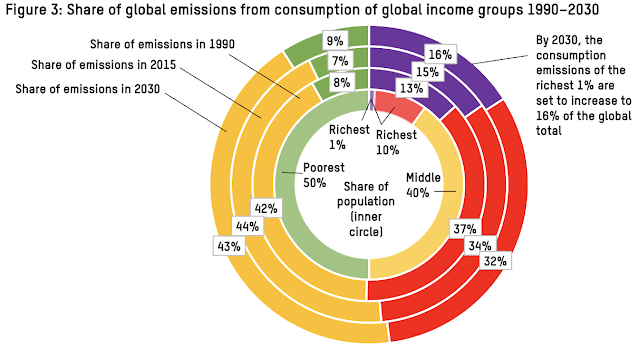 Hi all, I will keep it short & sweet today-so happy #globaldev reading from/about  Taliban, Tanzania, Libya, Yemen, Germany, China & more! My quotes of the week The carbon footprints of the richest 1 percent of people on Earth is set to be 30 times greater than the level compatible with the 1.5°C goal of the Paris Agreement in 2030 (Carbon emissions of richest 1% set to be 30 times the 1.5°C limit in 2030) Informed analysis has been hard to come by in the Yemen humanitarian response, which is marred by a willingness to tolerate partial data that is often biased, usually out of date and lacks nuance, all of which has made it easy to manipulate or ignore to suit priorities. An inflexible security framework, which prevents aid workers from engaging in the fieldwork needed to gain a true understanding of the operational environment, assess needs and determine what is required to resolve them, has allowed this flawed data to stand. (When Aid Goes Awry: How the International Humanit
Read more 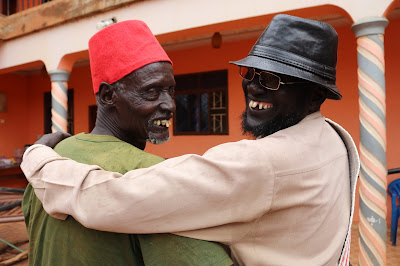 Hi all, Last week I included a Tweet about MSF using blockchain for patient data in my review ; after a message from MSF ('Hi Tobias, just to let you know that MSF is NOT putting patient info on Blockchain') I deleted the Tweet from my review on Monday. Even though I am quite careful about my sources, mistakes like this can happen-so please get in touch if you see a link, story or resource that doesn't meet the high quality standards you should expect from the blog! Otherwise, you can stimulate your mind with a new round of  free readings-no Black Friday discount, no judgement from your family that you are into #globaldev, no pressure ;)! Enjoy! My quotes of the week Within the charity ecosystem, the critical friend sits on the margins, often in a smaller or more precarious organisation. The critical friend has less power (of course: otherwise they would be taking the advice and making the decisions). It is often the lone lived experience ‘voice’ in a room full of commiss
Read more