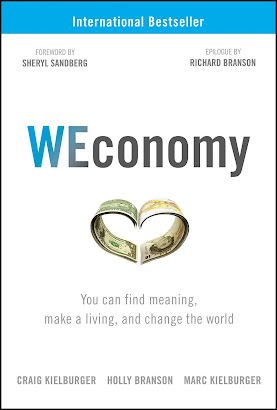 As you may have heard if you are interested in Canadian #globaldev discussions, the Toronto-based WE charity has been involved in a bit of a political controversy.
In addition to ongoing political debates, more and more criticism on the charity’s volunteering and development model have emerged, including from my esteemed colleagues Rebecca Tiessen ('an organizational restructuring is insufficient for addressing its contradictory messaging, problematic practices and international development identity problem'), David Jefferess ('accusations of racism within WE have been marginalized, as have discussion of the way WE gained such influence within Canadian schools, media, and politics as models of white saviourism') and the Canadian Association for the Study of International Development (CASID-ACEDI) ('CASID condemns the WE model of development').

These debates inspired me to take a closer look at WEconomy-You can find meaning, make a living, and change the world, the book published by WE founders Craig and Mark Kielburger together with the chair of Virgin Unite Holly Branson in 2018 which was still on my ‘to read’ shelf.
I thought it might be a good idea to zoom out from the current debates to look at the bigger picture and the philosophy that have been fueling the WE movement.
In addition to insights into philanthropy by Craig Kielburger, social enterprise by Marc Kielburger the book relies heavily on Holly Branson’s experience with the Virgin group of companies that was founded by her father Richard Branson.

At the point of writing Virgin Trains has lost all their train routes in the UK, cut ties with their rail partner in the US, filed for bankruptcy protection for its Virgin Atlantic airline in the US as well and struggles to find a future for Virgin Australia.
Nobody could have predicted a global pandemic at the time of writing WEconomy, but developments at WE and Virgin are an indication that their business model always struggled to be as sustainable, inclusive and good for stakeholders and the rest of the planet as their evangelists would like us to believe.

This is quite a long introduction for a book review and my summary will be a bit anti-climactic:
I read the book so you really don’t have to…

What's the WEconomy about?

Profit becomes growth, which becomes investment in more solutions. Companies can be one of the greatest forces for social good because they have resources to scale and make change on a massive level. Still, most companies mistake purpose for a passing trend, forfeiting the chance to solve both social issues and business challenges. We can help you do purpose right, and cash in on the new normal.
No matter who you are or where you are on your career path, you can find a place in the WEconomy (p.13).

The language of the book is essentially a mixture of business school plastic jargon, network-marketing scam speeches (I just listened to BBC's #cryptoqueen…) and a hollowness even die-hard CSR-fans will find hard to digest.
I gave up about two thirds into the book because I felt that if I stared longer into this philanthrocapitalistic abyss, the abyss will stare back…

I have pointed this out throughout my book reviews that deal with philanthrocapitalism in its broadest sense (e.g. the new prophets of capitalism or Bono), that the willingness to ignore deep-rooted inequalities and power relations is one of its biggest weaknesses and that the particular North American vibe around it is sometimes difficult to understand from a European perspective.

Oprah built a corporate empire on this fusion of purpose and profit that the whole working world is after. (…) Richard (Branson) built an empire with gut instinct, guerrilla marketing, and good intentions. (…) Jeff (Skoll) taught Marc that the future of social change lies with social enterprise (pp.8-10).

Are there is no reference to 'slums' you are wondering, right ?!?

Craig’s two decades of work as a social activist have taken him everywhere from urban slums to Mother Teresa’s home to the mountains at Davos to Oprah’s famous couch (p.12).

Please resist the urge to quickly lower your eyes onto two sharp pencils in front of you!
This kind of nonsense not only inspired Anand Giridharadas' book, but it enables the perpetuation not only at corporate retreats, but ultimately into the highest echelons of Canadian politics (yes, there’s still a difference…).

Let them lift themselves out of poverty!
As WEconomy unfolds, it pushes a message about profit and purpose that at the time of publication in 2018 already felt a bit dated, early 2010-ish, ‘the fallout of the financial crisis will be an opportunity’-ish.

Today, WE is a global movement that’s empowered more than one million people to lift themselves out of poverty through sustainable development. At home (in Canada), we empower millions more with service learning programs that enable them to discover their own cause, write their own journey of impact, and make daily choices that better the world (pp.31-32).

This is one of the few paragraphs in the book where WE’s ‘development’ vision is made explicit.

It’s about ‘impact’ and ‘acting like venture capitalists’ and ‘scalable social change’ (p.39) that won’t hurt anybody and will lead us into the golden future of cryptocurrency, excuse me, a purposeful life within empowering corporate structures.

With the onslaught of information comes empowerment. (…) The technology revolution has made it easier to speak out, mobilize, and rally millions of people around the world. (…) By coming together across diverse groups and setting aside individual agendas, we can stem the tide of negativity (p.67).

This is exactly the kind of slacktivism and blind faith in technology that brought us Kony 2012 and regurgitates the well-known tropes of empowered consumers, enlightened workers and activists who can change history with the touch of the send button on Twitter…
As I said, for a vision published in 2018 this is quite outdated and it makes me wonder how open, disruptive & purposeful WE or Virgin really are.

A gospel of bite-sized platitudes washes over the reader, desperate to recruit new members for the church of purpose
As we meander through this stream of bite-sized generalizations the gospel of platform capitalism (‘building a community with shared values or binding purpose’ (p.90), fuel efficient aircraft (‘the smallest changes can also make the biggest impact’ (p.138) and …drum roll…our dear old friend microfinance (institutions like the Grameen Bank ‘are built on business models that bring enterprise to regions that typically receive only aid, not business propositions’ (p.181) is bestowed on the reader.

I’m skipping the part where the three authors provide some guidance on how you can turn your company into a purposeful organization, because I was mentally too exhausted by then.

Ultimately, the lines between business, charity, and social enterprise are blurring-a change fueled by the individual and collective desire for purpose (p.313).

With the current developments in mind, I hope that there will be more critical engagement with the WE ecosystem.
At the very minimum none of their entities should be engaging in global volunteering or other development work based on their simplified and simplifying narrative of a ‘purposeful’, business-driven, win-win-win WEconomy.
The Kielburger’s gospel fits into a world of TED talks, Silicon Valley solutionism and apolitical empowerment schemes, into a make-belief world where 20th century capitalism can be tweaked painlessly to offer us a paradise of meaning, well-being and profit that changes us and the rest of the world.
A few months into the current pandemic both the WE system and the Virgin Group alongside similar corporate endeavors are struggling to cope with change, need to be 'disrupted' and should be kept away from young people around the globe.

In addition to my weekly curated #globaldev link collections, I set up special curated collections on Oxfam, Haiti & the aid industry's #MeToo moment and hurricanes Harvey and Maria before.
The current debate about racism in the aid industry is another milestone into how 'development' is perceived, discussed, challenged, dismissed and encouraged to transform. Below is an ongoing collection of media articles and op-eds that I have come across in my digital networks in the last two weeks or so. DevEx and The New Humanitarian have covered the topic continuously (and not just since June 2020) and the diverse female leadership in these discussions is noticeable, but not surprising.
There are already other excellent, comprehensive collections online such as the Resource pack: Educate yourself on racism and #BlackLivesMatter from the 50 Shades of Aid collective, Alyssa Bovell's Resources on addressing racism in development and decolonizing development practice, Healing Soli…
Read more 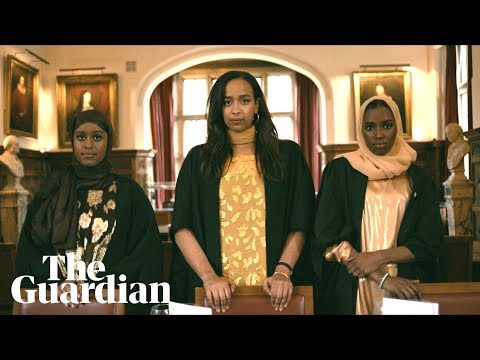 The first week of term kicked off with about 150 new & returning students, but there was still time to collect a few interesting readings this week as well...

My quotes of the week
“Huge swaths of people, in Europe and North America in particular, spend their entire working lives performing tasks they believe to be unnecessary. The moral and spiritual damage that comes from this situation is profound. It is a scar across our collective soul. Yet virtually no one talks about it,” he told the Guardian in 2015 – even admitting that his own work could be meaningless: “There can be no objective measure of social value.”
(David Graeber, anthropologist and author of Bullshit Jobs, dies aged 59)

The Haiti Community Foundation’s comprehensive, inclusive and bottom-up community planning process generated unprecedented community response, support and engagement because of its passionate emphasis on, and its deep investment in, the power of local communities and their leaders. In so many …
Read more

The Scandinavian summer is almost over, the new semester about to start & your favorite #globaldev link review is back!
As I promised in early July, we will dive right into a new, important, stimulating list of readings (well, I included some from earlier in August...) including an extended section on great new open access books!

My quotes of the week
Taken together the empirical evidence indicate that aid is not effective at deterring migration and it should be used for other purposes. There is no convincing evidence that development assistance reduced migration flows. In the best-case scenario, aid will have a very limited deterring impact on migration flows with high costs per deterred migrant.
(Development Aid does not deter Irregular Migration)

I have followed closely how a gender and development institute in DRC, built around four women PhD holders, could easily find work as a sub-contractor for research, but once they developed their own agenda and proposals, donor…
Read more 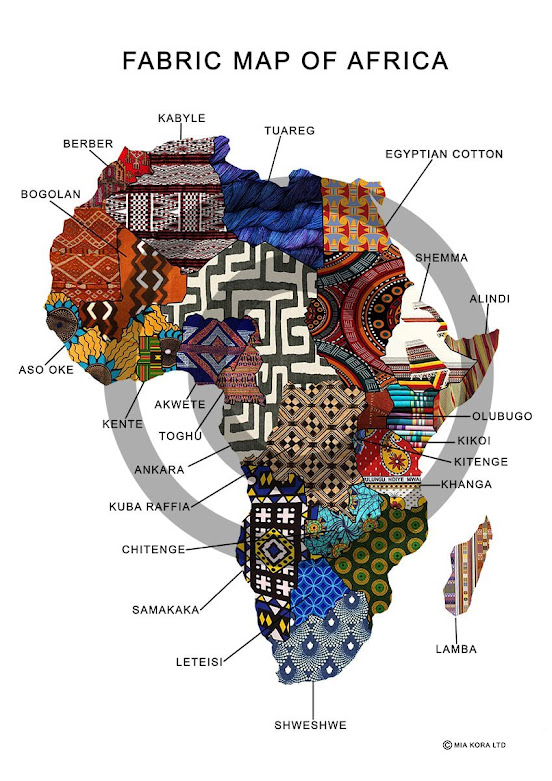 Hi all, Welcome back! Link review #375 is another (smaller) milestone in my regular curation efforts & I hope you have a great weekend and time to enjoy some critical #globaldev readings!